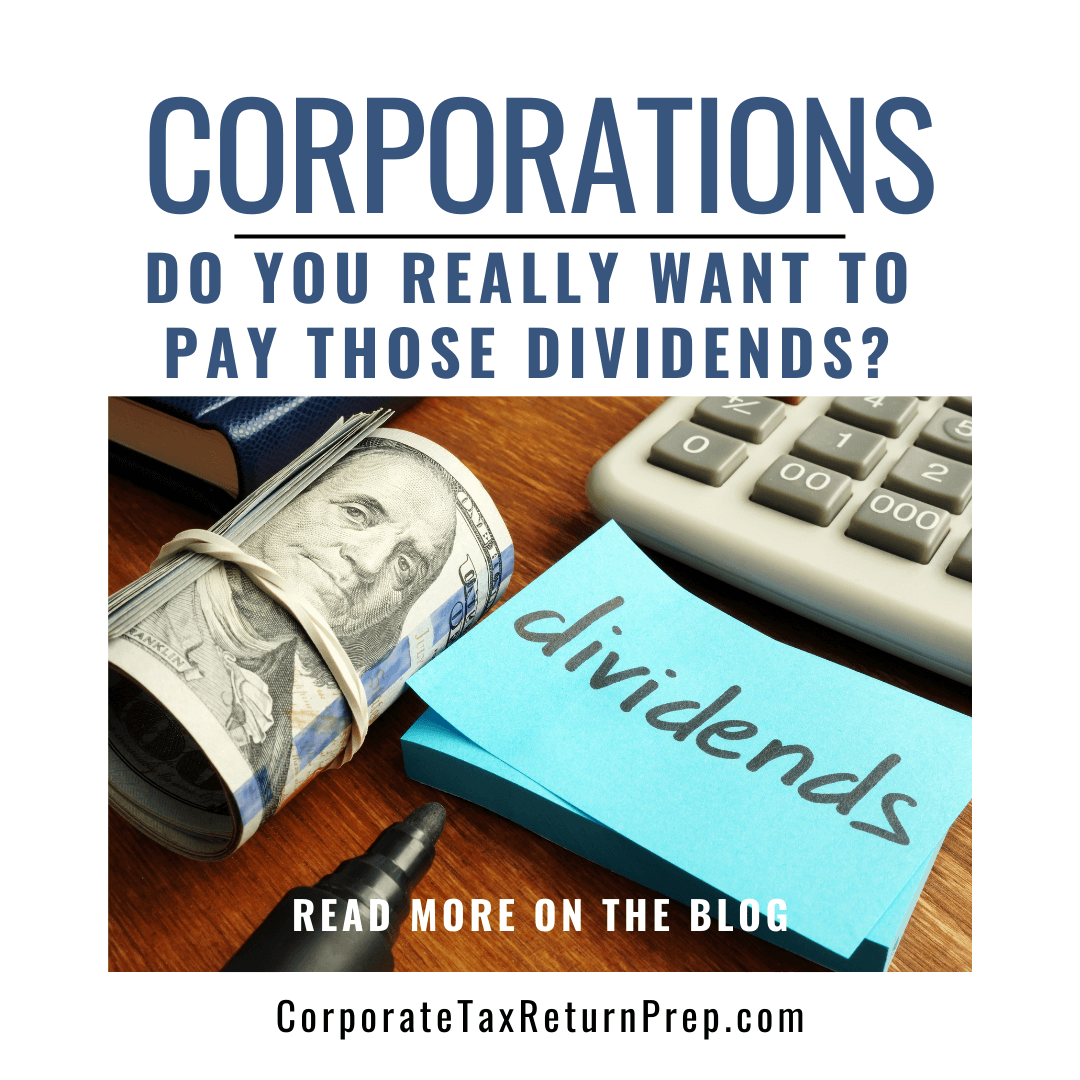 If you invest in stocks, you probably look forward to receiving dividends checks (or notices that your dividends have been reinvested) from the companies you own shares in. It’s an added perk of ownership that increases your return on investment. But not everybody is a fan of these additional payments, and plenty of corporations purposely pass over providing them. The reason for this is clear – rather than face double taxation, they’d prefer to keep their profits in-house to fund operations and growth.

Not everybody realizes that when companies pay out dividends on their excess cash, it leads to profits being taxed twice. The first tax event occurs at the corporate level when the company declares its year-end earnings. Taxation then happens again, but this time at the individual level when the shareholder reports the dividend that they received on their personal income tax return. That means that as a stockholder, you actually end up paying taxes on corporate profits twice, though only once out of your own pocket. Double taxation diminishes the impact of corporate profits, and that’s why many corporations choose instead to keep their money in-house, reinvesting in themselves in hopes of continuing to grow and improve revenue and their stock’s value for investors. An example of this approach is Tesla, who at this date, does not pay dividends.

To understand exactly what’s going on with dividend double taxation, you first need to know that a dividend is what is known as a PAT, or a profit after tax. When a company’s operations are successful enough for them to earn a profit it must pay taxes on them, just as individuals do on their income. It is only after those taxes have been paid to the government that corporate executives make a decision as to what to do with the remaining profits.

Dividends are the result of the decision to distribute the after-tax profits to stockholders. Dividends may feel like a bonus of being a shareholder — and they are. But because they get reported as income when you file your individual tax return, they also represent the government taking a second bite out of the same apple, and many people find this objectionable — especially because the larger the amount of dividends that are paid out, the more double taxes the government is collecting, and those are funds that could have been put back into making the company even more successful.

To convert the dilemma facing corporate executives into easily understandable terms, imagine a scenario where every week you use your after-tax, take-home income to give your kids spending money. It depends upon your tax bracket, but let’s say you had $40 taken out of $100 that you earned, resulting in $60 of take-home pay. From that $60 you gave each of your kids $10. But before they could use it for candy or toys, the government pokes its head in and asks for $3 from each of your kids. All of a sudden, the $60 out of $100 that you took home drops down to $51. That’s basically what is happening when you receive a dividend distribution. The hefty dividend that you received from your smart investment in Exxon-Mobil needs to be included on your 1040 in April, but Exxon already paid taxes on those profits before they signed their name to your check.

The counterargument to this is that investors like receiving dividends. It is a way to reward shareholders for providing the corporation with the needed capital to run their business. It is up to each board to determine the percentage of profits they want to share through dividends. The balance they retain in the business will fuel growth or acquisitions. More importantly to an investor, poorly run companies are generally not in a position to provide dividends to their shareholders. Qualified dividends (longer stock holding period) are traditionally taxed at rates lower than the ordinary income tax rate.

If you’d like to discuss the tax implications of any of your dividends or corporate profits, contact us today to set up a time for a consultation.