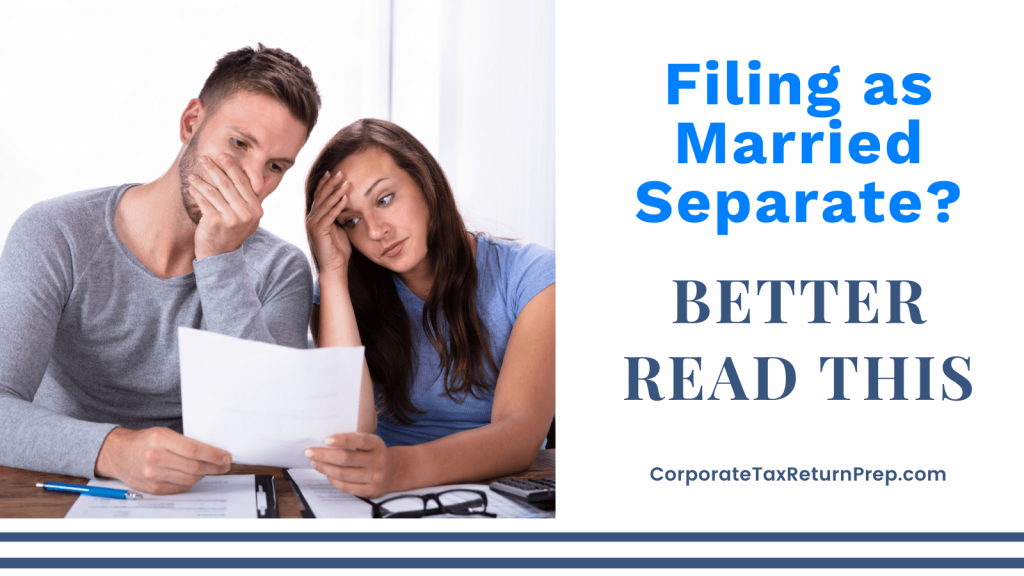 Married taxpayers have two options when filing their 1040 or 1040-SR tax returns. The first and most frequently used filing status is married filing joint (MFJ), where the incomes and allowable expenses of both spouses are combined and reported on one tax return. The joint status almost always results in the lowest overall tax.

Spouses who file together are jointly liable for the tax, meaning either or both can be held responsible for paying the tax from the joint return. The second option is to file as married filing separately (MFS), with each spouse filing a return. Depending on whether the taxpayers are residents of a separate or community property state, these separate returns may include just the income and eligible expenses of each filer or a percentage of their combined income and expenses. Couples may choose the MFS option for a variety of reasons:

The fact of the matter is that Congress carefully writes the tax laws to eliminate tax breaks for those filing MFS and can make filing very complicated. Here are some of the issues related to separate filings.

MFJ taxpayers generally do not need to file a return unless their joint income exceeds the standard deduction, $25,100 for 2021, but those filing MFS must file if they have just $5 of income.

Taxpayers cannot change their filing status from joint to separate after the unextended return due date, usually April 15. However, they can change from a separate to a joint return any time up to 3 years.

For joint filers, the income threshold where Social Security benefits become taxable is $32,000. For those filing separately, 85% of the benefits are taxable from the very first dollar of Social Security income. 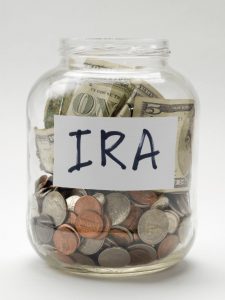 An IRA contribution is not deductible for higher-income taxpayers who are also active participants in qualified requirement plans. For joint filers with employer-sponsored plans, the IRA deductibility for 2021 begins to phase out when their joint income reaches $105,000 and is fully phased out at $125,000. But when filing MFS, the deductibility begins to phase out with the first dollar of income and is fully phased out when the AGI (adjusted gross income) reaches $10,000.

Joint-return filers can deduct $2,500 per year of qualified student loan interest, but separate-return filers are not allowed any deduction.

Where one spouse filing MFS itemizes their deductions, the other spouse must do the same and cannot take the standard deduction. 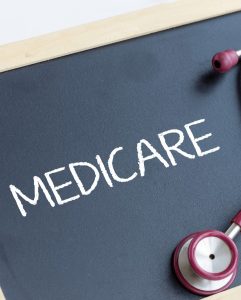 The premiums for Medicare participants are substantially higher for individuals filing separate returns compared to those filing jointly. In addition, premiums are based on a taxpayer’s filing status 2 years prior. That means you won’t even notice the increase when the separate returns are filed. For example, if a couple filing jointly had an AGI of $180,000 in 2019, their monthly Medicare premiums in 2021 would be $207.90 per month each. On the other hand, if they had filed separate 2019 returns and each had an AGI of $90,000, their Medicare premiums in 2021 would be $475.20 per month each. Thus, each one’s premiums for the year would be $3,208 more in 2021 because they used the MFS status in 2019.

Separate filers cannot claim this credit unless they are legally separated.

Generally, MFS filers cannot claim the EITC unless one or both are qualified to claim the head of household (HH) filing status. That would generally mean they are separated and maintaining separate households. To qualify for HH, a married taxpayer must pay half the cost of maintaining a home for a dependent child for the last 6 months of the year. A married couple cannot reside together and one of them claims HH filing status. Thus, under most martial separation circumstances, one spouse would file MFS and one HH, and only the one filing HH could claim the EITC if otherwise qualified.

Although there are some infrequent exceptions, taxpayers filing as MFS won’t qualify for the PTC, which is the government supplement for the cost of health care insurance purchased through a government health marketplace for lower to middle-income taxpayers.

The tax rates for MFS are twice what they are for joint-filing taxpayers.

For MFS filers, most other tax deductions and limitations, such as the standard deduction, allowable capital losses, and rental loss limitations, are half of what they are for joint filers. If you anticipate filing married separate returns, please contact this office to see how that filing might impact the outcome of your tax liability.