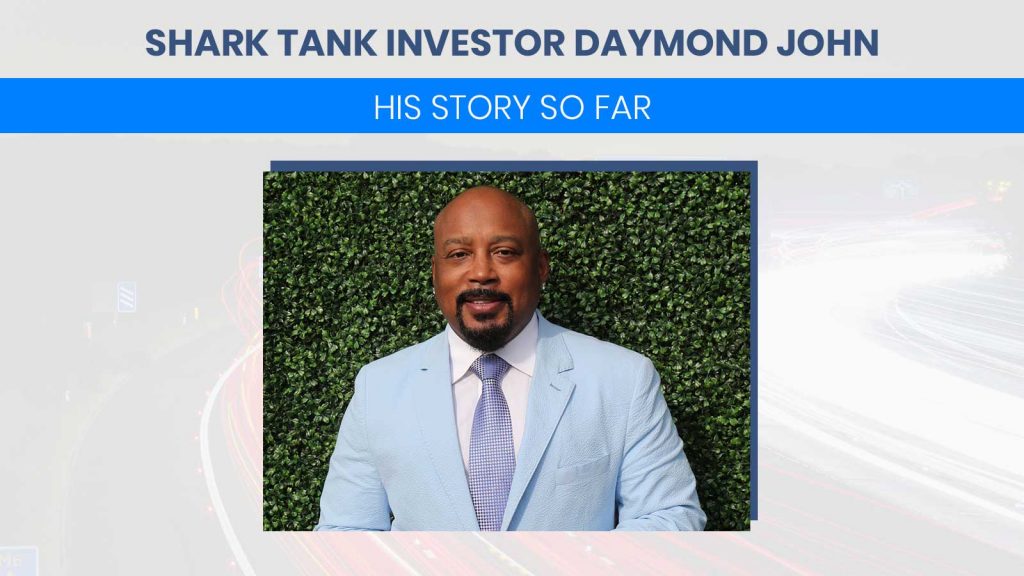 If you had to make a list of some of the more popular reality television shows these days, Shark Tank would undoubtedly be right at the top.

Originally premiering in 2009, it’s a program that has captured the imagination of people worldwide. A panel of investors – otherwise known as “sharks” – listens to people pitch their idea for new products or inventions, and they bid against one another for who gets to invest in any particular idea.

One of those sharks is Daymond John, a man who worked his way to the top in more ways than one. His story is truly inspiring, and it’s certainly worth exploring.

Believe it or not, when Daymond John was in high school, he actually worked a job at Red Lobster. It’s a far cry from the television presence that he is currently known as.

He worked that job full-time while also attending school on an alternating weekly basis. Then, upon graduation, he set out on his path as an entrepreneur. First by creating his own commuter van service, then by entering into the clothing market.

If you’ve heard of the brand FUBU, you have Daymond John to thank for it. He launched the brand out of his mother’s apartment. One of the keys to his success was his eye for marketing. He began donating many of the line’s clothing to rappers in and around the New York City area, eventually leading to a commercial featuring LL Cool J.

Prior to that, his mother had taught him how to sew and supported him as he worked towards his goal. In just one day, he was able to make $800 – a game-changer if there ever was one. Over time, the FUBU brand went from making hats to printed t-shirts to the clothing line that we all know it to be today.

Still, as the FUBU brand grew, Daymond John knew that he needed other means to keep the bills paid. FUBU wasn’t quite making ends meet, so alternative work choices were required. He sustained a full-time job at a restaurant, for example. However, his vision remained steadfast. He and his mother mortgaged their home for $100,000 to generate the income needed to allow the business to thrive. With that, an international clothing brand was born.

The lessons to be learned from this story are ones of hard work, perseverance, and determination. Daymond John was able to build a veritable business empire off of a distinct idea and those three aforementioned qualities. He refused to give up, and he’s accomplished an incredible amount as a result of that. He’s not just a millionaire – he’s inspiring as well.

All of this is the product of a young man from Brooklyn, born in February of 1969. Indeed, his story should be a lesson to us all: if you truly set your mind to it, there is very little that you cannot accomplish.