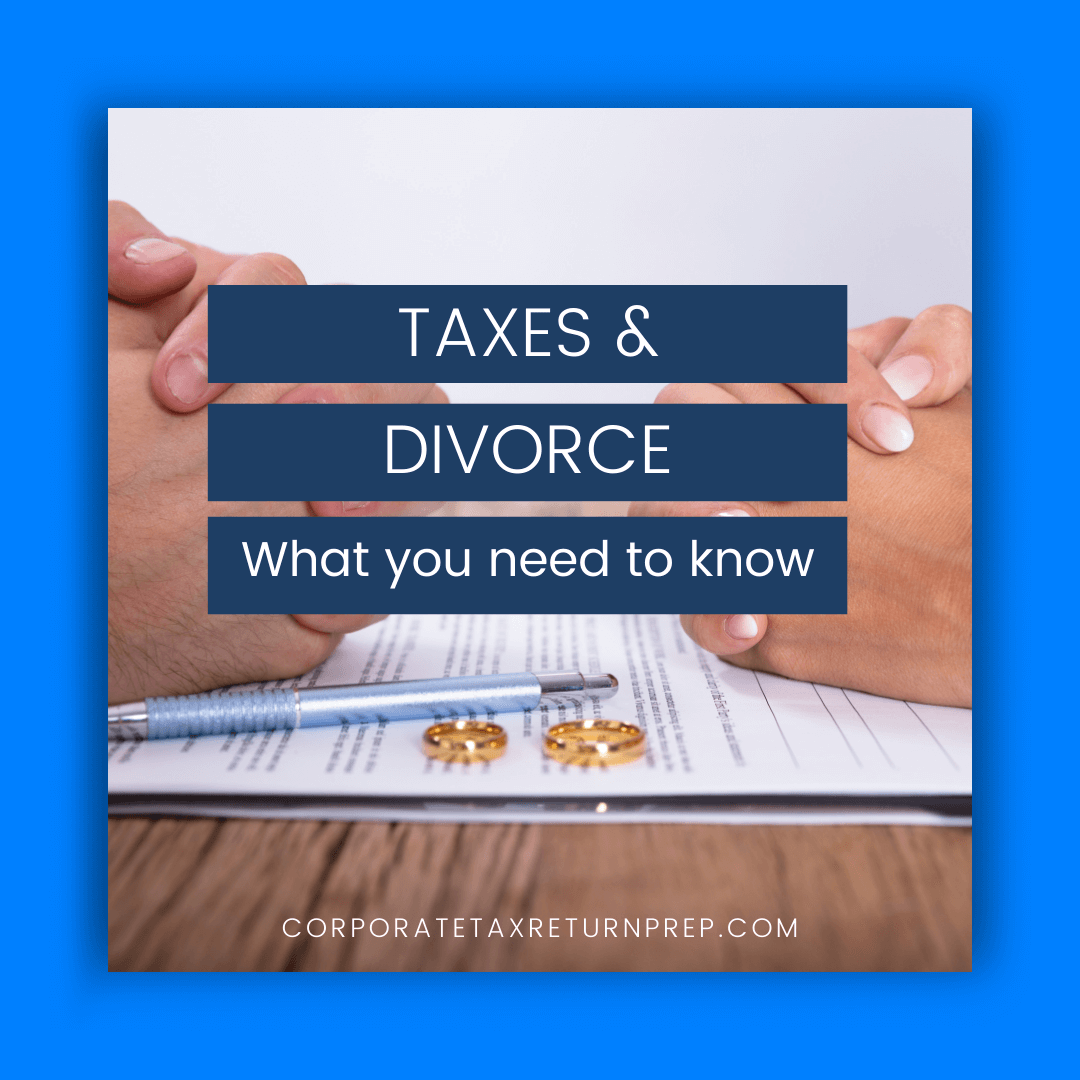 If you are recently divorced or are contemplating divorce, you will have to deal with or plan for significant tax issues such as asset division, alimony, and tax-return filing status. If you have children, additional issues include child support; claiming of the children as dependents; the child, child care, and education tax credits; and perhaps even the earned income tax credit (EITC).

Filing Status – Your filing status is based on your marital status at the end of the year. If, on December 31, you are in the process of divorcing but are not yet divorced, your options are to file jointly or to each submit a return as married filing separately. There is an exception to this rule; however, if a couple has been separated for all of the last 6 months of the year, and if one taxpayer has paid more than half the cost of maintaining a household for a qualified child, then that spouse can use the more favorable head of household filing status. If each spouse meets the criteria for that exception, they can both file as heads of household; otherwise, the spouse who doesn’t qualify must file using the status of married filing separately. If your divorce has been finalized and if you haven’t remarried, your filing status will be single or, if you meet the requirements, head of household.

Claiming the Children as Dependents – A common (and commonly misunderstood) issue for those who are divorced or separated and who have children is the choice regarding who claims a child for tax purposes. This can be a hotly disputed issue between parents; however, tax law includes very specific (albeit complicated) rules about who profits from child-related tax benefits. At issue are a number of benefits, including the child, child care, higher-education tuition, and earned income tax credits, as well as, in some cases, filing status.

This is actually one of the most complicated areas of tax law, and both taxpayers and inexperienced tax preparers can make serious mistakes when preparing returns, especially if the parents are not communicating well. When parents cooperate with each other, they often can work out the best tax result overall, even though it may not be the best for them individually, and can then compensate for discrepancies in other ways.

CAUTION – The decision to relinquish dependency should not be taken lightly, as it impacts a number of tax benefits.

These rules take precedence over what a court may intend. For example, say the judge in Tom and Becky’s divorce proceeding rules that Tom, who is required to pay a specified amount of child support monthly, is to claim their child as a dependent on his tax return. But the child lives with Becky more nights during the year than with Tom. Under the tax law, Becky is allowed to claim the child as her dependent, regardless of what the court-approved divorce agreement says.

Child’s Exemption – Under prior law, a child’s tax-exemption deduction was generally an issue; the parent claiming the child as a dependent got a deduction for the exemption allowance amount. However, because of tax reform, the tax deduction for such exemptions has been suspended through 2025; although this is no longer an issue for this benefit, a child’s dependency is still a consideration for other tax issues.

Head of Household Filing Status – An unmarried parent can claim the more favorable head of household (rather than single) filing status if that person (a) is the custodial parent and (b) pays more than one-half of the cost of maintaining the household that is the principal place of residence for the child (i.e., where the child lives for more than half of the year).

Tuition Credit – If the child qualifies for either of two higher-education tax credits (the American Opportunity Tax Credit [AOTC] or the Lifetime Learning Credit), the credit goes to whomever claims the child as a dependent. Credits are significant tax benefits because they reduce the dollar-for-dollar tax bill; deductions, on the other hand, reduce taxable income before the tax amount is calculated according to the individual’s tax bracket. For instance, the AOTC provides a tax credit of up to $2,500, 40% of which is refundable. However, both education credits phase out for high-income taxpayers and effective for years after 2020 both credits phase out between $80,000 and $90,000 for unmarried taxpayers and between $160,000 and $180,000 for married taxpayers.

Child Care Credit – A nonrefundable tax credit is available to the custodial parent to offset the cost of child care, provided that the parent is gainfully employed or seeking employment. To qualify for this credit, the child must be under the age of 13 and be a dependent of the parent. However, there is a special rule for divorced or separated parents; when the custodial parent releases the child’s exemption to the noncustodial parent, the custodial parent still qualifies for the child care credit, and the noncustodial parent cannot claim that credit. Credit The credit is a percentage of the expenses and ranges from 35% for lower income taxpayers to 20% for the higher income ones. The expenses used to determine the credit are limited to $3,000 for one child and $6,000 for two or more. Note: A substantial one year (2021) increase in the credit is included in President Biden’s American Rescue Plan.

Child Tax Credit – A credit of $2,000 is allowed for each child under the age of 17. This credit goes to the parent who claims the child as a dependent. Up to $1,400 of the credit is refundable if the credit exceeds the tax liability. However, this credit phases out for high-income parents, beginning at $200,000 for single parents and at $400,000 for married parents filing jointly. President Biden’s American Rescue Plan also includes a one-year increase to $3,000 ($3,600 for children under the age of 6).

Alimony – The tax reforms enacted in late 2017 also impact the tax treatment of alimony. For divorce agreements that were finalized before the end of 2018, the recipient (payee) of the alimony must include that income for tax purposes. The payer in such cases is allowed to deduct the payments above the line (without itemizing deductions); this is technically referred to as an adjustment to gross income. The recipient who includes this alimony income can treat it as earned income for purposes of qualifying for an IRA contribution, thus allowing the recipient to contribute to an IRA even if he or she has no income from working.

Because some of those who make alimony payments will claim that they paid more than they actually did, and because some recipients will report less alimony income than they actually received, the IRS requires that the paying spouse’s tax return include the recipient spouse’s Social Security number so that the IRS can use a computer to match the amount received to the amount paid.

For divorce agreements that are finalized after 2018, alimony is not deductible by the payer and is not taxable income for the recipient. Because the recipient isn’t reporting alimony income, he or she cannot treat it as earned income for the purposes of making an IRA contribution.

This revised treatment of alimony also applies to any divorce or separation instrument that is executed before the end of 2018 but modified after that date – if the modification expressly provides that the tax reform provisions apply.