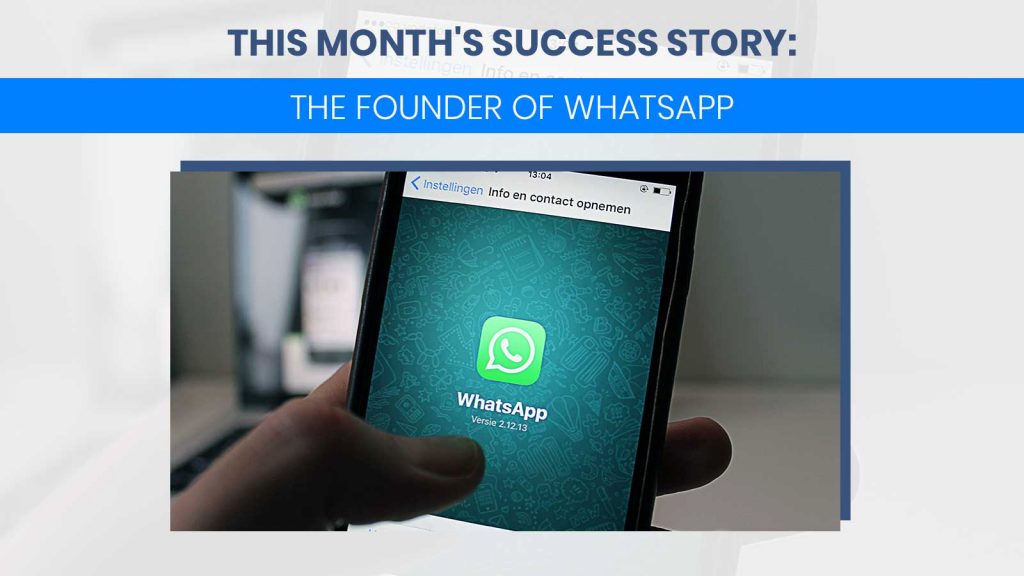 From the moment that Steve Jobs first walked across a stage in California and introduced the world to the iPhone in 2007, the ways in which we communicate with one another had changed forever. It’s just that few of us could have predicted how striking of a change that would be at the time.

One such person who could tell which way the wind was blowing was Jan Koum. Born in Ukraine, you may not be familiar with Koum’s name, but you’re undoubtedly familiar with his work: WhatsApp, one of the most powerful mobilize messaging platforms on Earth.

WhatsApp: The Story So Far

To be clear, mobile messaging was hardly a new idea that came about with the introduction of the iPhone. Indeed, older phones had been capable of SMS text messaging for years. But this was something different, and Koum could absolutely see it.

Koum’s interest in computer programming began when he was just 18 years old. He moved to the United States and enrolled in San Jose State University around that time. Likewise, he was also employed as a security tester at Ernst & Young.

During this time he also interviewed with Yahoo and was able to land a position as an infrastructure engineer.

According to Forbes, Koum was always something of a troublemaker at school – especially during his early years. But his passion for technology never wavered and he ended up teaching himself computer networking by pouring over manuals that he’d purchased from a used book store in his area, which he would then return when he was finished with them.

In 2009, Koum bought his first iPhone and could immediately see the potential. By now, he was 33 years old. At that point, the iTunes App Store (as it was then called) had only existed for about seven months. But still, Koum could see that it was about to launch countless messaging apps as people searched for a viable, fully-featured alternative to the one built into each of Apple’s devices.

After a brainstorming session with some friends about what the ideal mobile messaging app might look like, Koum landed on the name WhatsApp. His reasoning was simple: when you say it fast enough, it sounds like the phrase “what’s up.”

For months, his period of brainstorming continued. He paid a visit to the home of a Russian friend, Alex Fishman, who had a tendency to invite local Russian community members to his home for “pizza and movie” nights on a weekly basis. The duo talked for hours about Koum’s idea for WhatsApp.

In an interview, Fishman recounted how Koum was showing him his phone’s address book and mentioned how he thought users would love to see statuses next to the names of each entry. Flash forward a few years and this would become one of WhatsApp’s defining features.

After more brainstorming and a (relatively) short amount of development time, WhatsApp was initially launched later on in 2009. Unfortunately, those early days left a lot to be desired.
Initially, the app was unpopular for a few different reasons. For starters, it faced a tremendous amount of competition and was constantly being lumped in with inferior solutions. Secondly, the app was constantly crashing for many users. Clearly, there were some kinks in the plan that needed to be worked out.

But Koum stuck in there and it’s a very good thing that he did.

Not too long after WhatsApp’s launch, Apple added a new feature to the iOS operating system: push notifications. Instead of needing to open an app to see your messages, they would instantly appear right there on the lock screen.

Koum took things one step further by adjusting the WhatsApp code, allowing it to instantly notify users when they received a message. What was initially a non-existent audience turned into a small but loyal one, which then ballooned into one of the largest for an app of its type.

Things moved so quickly that Koum was even able to bring in $250,000 in funding for additional development.

Things changed for Koum forever in 2014 when WhatsApp was acquired by Facebook in a deal that was estimated at $19 billion. One study estimates that today, more than 25% of males and 21% of females are active on the messaging platform.

All this because at one time, a man passionate about technology walked into a store and purchased an iPhone. He then got an idea, and truly that was all he needed to change his life forever.